Elden ring is a recently launched third-person, open-world action game by FromSoftware. The game offers adventure and exploration with massive boss battles and surreal, spooky dark soul combat. Elden Ring is visually incredible, with wild architecture, weird fantastical elements, and bizarre screen filling characters. Since it’s release, Elden ring has been incredibly popular and has been highly praised by game critics all over the internet. It has received a 10/10 review from IGN and a 5/5 review from Tech Radar. All the hype around this game has led to many questions from gamers who want to know more about Elden Ring. We have put together this in-depth article, to get your Elden Ring questions answered.

Read on to discover answers to the 27 most common questions asked about Elden Ring.

1. Where Does Elden Ring Take Place?

Elden Ring takes place in the Lands Between, a mysterious world with intense spookiness and ethereal ambiance. Queen Marika the Eternal rules this land, which Greater Will, a far greater being, ruled before. The queen is eternal for eons and has a male part called Ragadon commanding the armies while spreading the Golden Order

Elden Ring is about 54 hours long when focusing on the main objectives. However, the game is more about missions and having fun taking on the bosses and mini-bosses in combats. If you’re a completionist and want to explore all aspects of the game, it might take up to 132 hours.

3. How to Use Spells in Elden Ring?

You can use both spells and incantations in Elden Ring. Firstly, you need to equip a Sacred Seal in your main hand. Then cycle through your inventory to select the spell you want to cast and press the attack button. Spells help during combat and compromise your enemy without shedding an ounce of energy. This is handy since it gives a much-needed combat advantage.

4. How to Use Incantations Elden Ring?

First, you need to level up your Faith and mind before finding the Sacred Seals, which you can buy or collect from the enemies you bring down. Also, you need to add incantations to your inventory, equip them, and increase your memory slots. Lastly, you must equip the Sacred Seal before pressing the attack button.

5. What Does Arcane Do in Elden Ring?

Arcane increases your holy defense, boosting your might against attacks that deal holy damage. It’s your primary way of increasing your discovery stat, which increases the chance of items dropping from enemies. Moreover, Arcane typically increases your vitality and, consequently, your resistance to Death Blight.

6. How to Upgrade the Summons Elden Ring?

7. How to Get to Volcano Manor Elden Ring?

The game presents two options for entering the volcano manor. You can either use help from Rya, an NPC standing in a stone gazebo next to the telescope icon on the Liurnia map. You might need to present a necklace stolen from her to warrant a Volcano Manor Invitation. Alternatively, you can do it manually through mountaineering.

8. What Does Dexterity Do in Elden Ring?

Dexterity is a character attribute that affects a player’s ability to handle weapons and other tools. It influences the speed you use to wield heavy weapons, including hammers and greatswords. Moreover, it also helps you be more effective in dodging enemy attacks for quick evasion. The higher your dexterity, the better your combat efficiency.

9. How to Get to Nokron in Elden Ring?

Nokron is an eternal city located above the Siofra river. First, you need to beat Starcourge Radahn, one of the most challenging bosses in the game. After beating Radahn, a meteor will crush down toward Limgrave, creating an opening into the eternal underground city.

You need to first move your character before holding your sprint button. Your character should start moving instead of walking. On PC, hold down the space bar to sprint. Alternatively, the sprint buttons are O (circle) and B for PlayStation and Xbox players.

PlayStation gamers can hold Triangle and press L1 or R1 to two-hand. However, for Xbox gamers, the buttons are Y and LB or RB to create more damage and attack power in combat. You might also want to two-hand to access new move sets and unleash your combat prowess.

13. How Many Larval Tears Are in Elden Ring?

You must equip yourself with a shield that has the parry skill enabled. The second before a hit connects, you can press the Strong Attack button on the hand that holds your shield. Your enemy’s weapon will flail away if your timing is correct, and it’ll stagger them. That lets you get closer for a Critical Hit, called a Riposte.

15. How to Get to Haligtree Elden Ring?

To get to Haligtree, you need both halves of the Haligtree Secret Medallion and use it at the Grand Lift of Fold. Before accessing the Consecrated Snowfield, the lift will take you to the Hidden Path of the Haligtree dungeon. Try following the glowing spots affixed on the ground to navigate this challenging terrain and ride north until you get out. Proceed north of the river and spot the area map before continuing north to Ordina, Liturgical Town. You’ll find the teleporter to Miquella’s Haligtree dungeon and take on the challenge awaiting you. Eventually, you’ll get to Haligtree.

16. What Does Faith Do in Elden Ring?

Faith, in Elden Ring, helps in casting incantations. These incantations are magic and spells for dealing damage, curing status effects, and healing yourself after taking hits from bosses and other fantastical creatures. Runes will help you level up your Faith, allowing you to use more powerful incantations and new weapons.

18. How to Get to Hermit Village in Elden Ring?

To get to Hermit village, you should start from Altus Plateau. Follow the ravine north, then west, before you see Fort Laiedd and the site of Grace. Continue west before turning south for a fight with Magma Wyrm. You could alternately ride Torrent around this boss to hermit’s shack, then take the path under the rocky overpass and keep following it. You’ll eventually reach Hermit Village

19. Where to Buy Arrows in Elden Ring?

Use the Menus Page by pressing ESC, Options, and Menu for PC, PlayStation, and Xbox, respectively. A Gestures Menu will show on your screen’s left side, then you can select your preferred gesture and hover over it before emoting it in the game. Gestures help you communicate with others in Coop or when in combat. The easiest way to gesture is by assigning a shortcut key and quickly using them if necessary.

To save progress in Elden Ring, visit a Site of Lost Grace and quit the game using the menu. To do that, you can head to the System tab and head to the Quit Game option, which saves the game, sending players back to the title menu. This ensures that you pick up from where you left the game and prevents you from having to go back and start a mission you’ve already completed.

22. What Does Focus Do in Elden Ring?

In Elden Ring, Focus helps increase your resistance to Madness and Sleep. Madness and Sleep are status effects that build up after repeated use of weapons, skills and spells. To improve your Focus on Elden Ring, you need to invest in Endurance, Vigor, and Strength, which determine a player’s stamina, health, and physical defenses.

23. What Does Poise Do in Elden Ring?

Poise determines your degree of resistance to collapsing under enemy attacks. It’s a Base Star in this game and increases as you wear armor. Moreover, you can increase your Poise by consumables, Wondrous Physick combinations, sorceries, and ashes of war. The higher your poise level, the less chance there is of getting knocked down by an attack.

24. What Does Rebirth Do in Elden Ring?

Rebirth offers you a chance to respec, refresh your character stats and start over by reallocating your character’s attribute points. Respec in Elden Ring might seem like a downgrade, but in the real sense, it’s ideal for swapping a player’s build, meeting the stat requirements for new weapons, and changing the style of play. To rebirth your character in Elden Ring, travel to Luirnia of the Lake, get the Academy Glintstone Key, and enter Raya Lucaria Academy. You also must defeat Queen Renalla before final rebirthing.

25. How to Reset Stats in Elden Ring?

Resetting stats is similar to respec in Elden Ring, and you need to get a hold of larval tears to do that. Some gamers may prefer restarting the entire game to reset character stats. However, this means starting all over again with any progress that you had made in the game. It’s much more fun to reset stats while in play, defeating Queen Renalla at Raya Lucaria, claiming her rune, and using your Larval tear.

26. What Is the Max Level in Elden Ring?

Level 713 is the maximum level players can reach on Elden Ring. This level is achieved by maxing out all 8 stats at level 99, which means you would need to farm over 1.5 billion runes. Most Elden Ring players strive hard to hit this lofty level. However, ony a handful of players have achieved it so far which shows how difficult it is to get to level 713.

To drop items in Elden Ring, you should go to the games menu and select the item you want to drop. However, please keep your Rune Arcs and other vital artifacts for performing incantations and sorcery to gain a competitive advantage during combat. Remember that you need to meet a few conditions before dropping items. First, your weapon’s level must be lower or equal to the targets, and you can only place a maximum of eight items on the ground simultaneously. Also, players can decide to gift or trade items, removing them from their inventory. 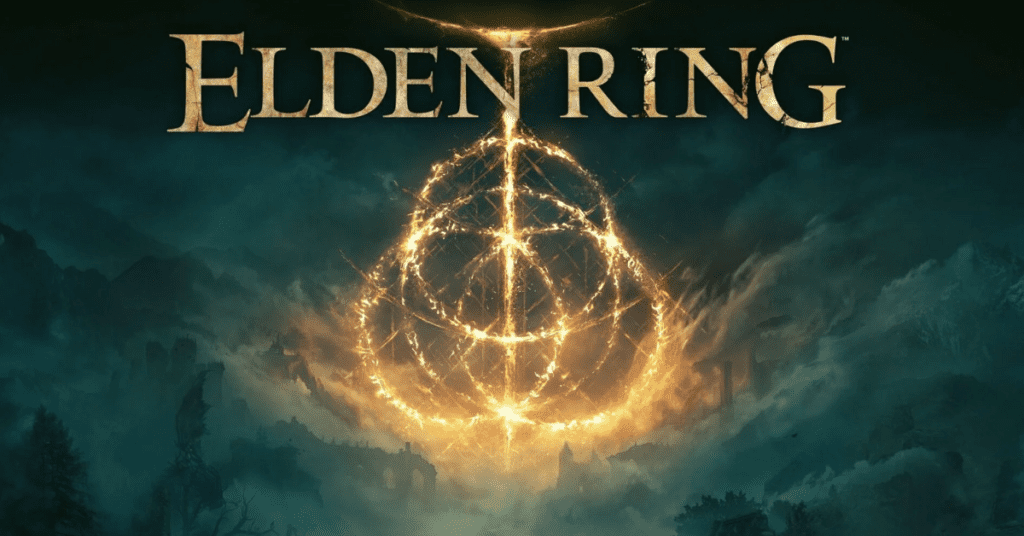 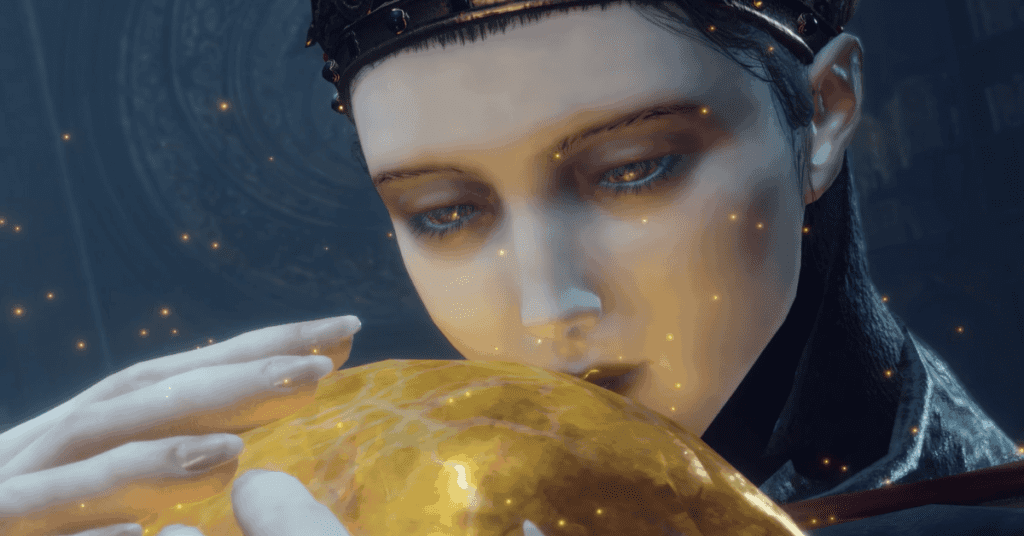