Huskerrs is a popular streamer and professional Call of Duty player known for his exceptional skills and unique playstyle. One of the things that sets him apart from other players is Huskerrs FFAR Loadout. His loadout is optimized for maximum effectiveness in both close-quarters and long-range combat.

This guide will explain everything you need to know about Huskerrs FFAR Loadout, so you can try it out for yourself.

Huskerrs also known as Jordan Thomas, is a professional Call of Duty: Warzone player and twitch streamer. Thomas has gained millions of followers across Twitch, YouTube, and Instagram platforms over the last few years. His rise in popularity is as a direct consequence of his achievements and talents in the gaming industry.

HusKerrs began streaming on Twitch as a hobby in August 2012, starting with Delta Force 2.0. However, he quickly switched his focus to Call of Duty: Modern Warfare 3 content. Despite slow growth in the beginning, he found success in 2017 when he transitioned to streaming H1Z1.

In March 2017, HusKerrs participated in his first tournament, where his team placed third. This gave him the motivation to pursue gaming as a full-time career. After college, he teamed up with Rogue squad and gained the opportunity to create his own team of skilled gamers. This included Sweetdreams, a player he had previously played with professionally in H1Z1.

One of the key components of Huskerrs FFAR loadout is ofcourse his primary weapon, the FFAR (Full-auto assault rifle). The FFAR is a fast-firing weapon with a high rate of fire and low recoil, making it ideal for close-quarters combat. It also has a large magazine size, allowing Huskerrs to keep the pressure on his enemies without having to reload too often.

Here are the attachments that Huskerrs uses in his FFAR Warzone loadout:

Huskerrs uses the Agency Suppressor attachment as part of his FFAR loadout to increase his stealth capabilities. This attachment, when equipped on a rifle, reduces the sound of gunfire and eliminates the appearance of the tracer rounds. This makes it much harder for enemies to locate the player by sound or sight. It also allows players to move more quietly and take out enemies with surprise. Therefore, it is a great option for players who prefer a more stealthy playstyle. Additionally, the Agency Suppressor also provides a slight increase to the weapon’s damage range. This makes it a versatile attachment that can be used in a variety of situations.

Huskerrs uses the 20.3″ Takedown attachment on his FFAR in Call of Duty Warzone. The 20.3″ Takedown is a powerful upgrade for players looking to maximize their long-range capabilities. This attachment significantly increases the barrel length, allowing for greater accuracy and control over shots taken from a distance. This makes it an ideal option for players who like to engage in long-range battles. This is because the extra barrel length allows for a more stable shot, resulting in a higher hit rate on targets. Additionally, the 20.3″ Takedown also increases the FFAR’s damage range, making it a formidable tool for taking out enemies at a distance. It’s an especially good option when playing in large open maps.

Huskerrs uses the field agent grip attachment on the underbarrel of FFAR loadout. The Field Agent Grip attachment in Call of Duty Warzone is a game changer for players who prioritize accuracy and stability when firing their weapons. This attachment provides an ergonomic grip that allows players to hold their weapon with a firmer grip. This results in a higher accuracy and stability, reducing recoil and making it easier to control the weapon when firing.

The field agent grip is particularly useful for players who engage in close-quarters combat, allowing them to take out enemies quickly and efficiently. In addition, it also increases the weapon’s aim down sight speed. This gives players a tactical advantage by allowing them to quickly acquire targets and fire at them.

Huskerrs uses the Salvo 50 Rnd Fast Mag in his FFAR loadout. The Salvo 50 Rnd Fast Mag attachment is a powerful upgrade for players who want to increase their firepower. When this attachment is equipped on the FFAR, it significantly increases the magazine size of the rifle. This allows players to fire more rounds before needing to reload. This can be especially useful in situations where players are outnumbered or need to take out multiple targets quickly.

In addition, the Salvo 50 Rnd Fast Mag increases reload speed, allowing players to get back into the action more quickly. This attachment is particularly useful for players who prefer an aggressive playstyle, as it allows them to sustain a higher rate of fire and maintain pressure on their enemies. Huskerrs likes to use this attachment to deal more damage in a short amount of time.

Huskerrs uses the raider stock attachment as part of his FFAR loadout. The Raider Stock attachment is a versatile attachment for players looking to enhance their mobility and control while using their assault rifle. This attachment reduces the weight of the weapon, allowing players to move more quickly and easily. This can be especially useful for players who like to move around the battlefield and take advantage of cover and flanking opportunities.

Furthermore, the Raider Stock also improves the weapon’s aim down sight speed, allowing players to acquire targets more quickly and respond to fast-moving situations with ease. This attachment is particularly useful for players who prefer a fast-paced, aggressive playstyle as it allows them to move faster while keeping the control of their weapon.

Watch this video of Huskerrs FFAR Loadout and see it in action!

In conclusion, Huskerrs’ loadout is designed to give him maximum flexibility and effectiveness in a wide range of combat situations. By using a combination of powerful weapons, attachments, perks, and equipment, he is able to adapt to different types of engagements and outplay his opponents. His use of this FFAR Loadout provides him with a significant advantage over his enemies in both close-quarters combat and long-range engagements. Why not try out Huskerrs FFAR loadout for yourself and see how much it can improvee your game. 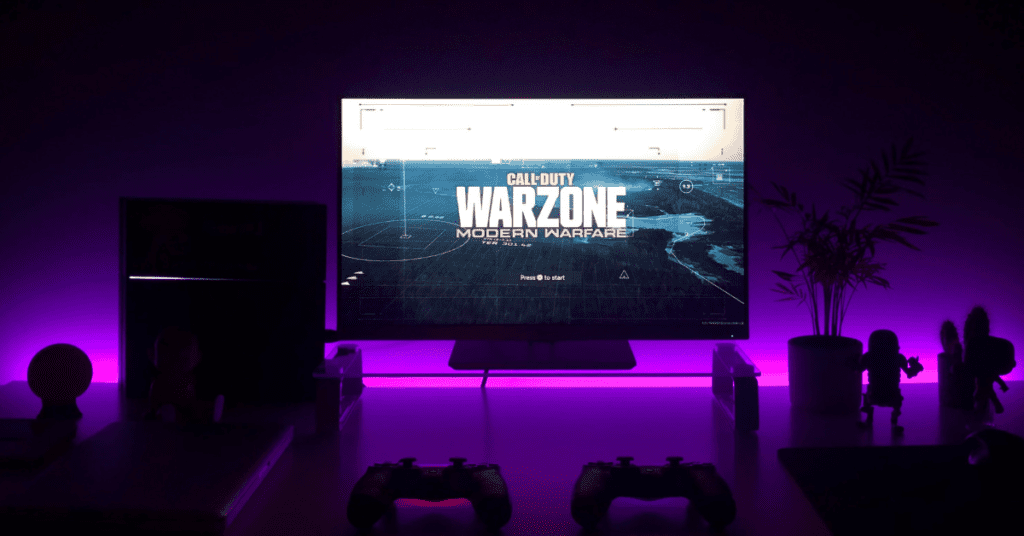