Every gamer knows the importance of graphics when playing their favourite games. With newer games being bigger and more advanced in terms of the graphics capabilities, a good quality graphics card is essential. This is why it is important to choose the right graphics card that suits your requirements. When choosing a graphics card there are many factors that you must consider. This article will highlight these factors and show you the 18 Best AMD Radeon R9 graphics cards available on the market.

The AMD Radeon R9 380X graphics card is based on Antigua graphic processor and is used for gaming and streaming services. It offers a 1080p gaming experience and works on updated operating systems, so you must keep your system updated before installing this software. It’s suitable for Nvidia GTX 960 and has a storage capacity of 4GB of GDDR5 and a GPU of 970 MHz which can be boosted to 990 MHz. It also has a memory bus of 256 bits and a bandwidth of 182.4 GB/s. The AMD Radeon R9 380x possesses 2041 stream processors and can display images with a resolution of 4096×2160. It works with 32 computer units and has modern AMD features like virtual super resolution, TrueAudio, FreeSync, and Frame Rate Target Control.

AMD Radeon r9 285 is a 10th generation high performance video card. It was launched on September 2, 2014, by AMD graphics, built on a Tonga processor, and supports a pixel height of 1080p and 1440p gaming. It has a memory of 2GB of GDDR5, a bandwidth of 256 bits and a memory speed of 5.5 Gbps. Its power consumption rate is low, with a rating of 190 watts. In addition, it has incredible new gaming features that have led to gaming improvements, such as TrueAudio and mantle, to improve the game audio and design complex audio effects.

AMD released Radeon r9 m280x on February 1, 2015, primarily for office use, and it runs on the Saturn graphic processor. It’s a laptop device with a storage capacity of 4GB GDDR5, 128-bit memory, and 96 GB/s bandwidth. In addition, its power consumption rate is 79W with a load GPU temperature of 63 degrees Celsius. It has DirectX 12 graphic-supported card clocks which are 900 to 1000 MHz, offering 896 shades. Its performance ranges at 84.7%, the same as Nvidia GeForce GTX 850M or GTX 950M.

This mobile graphics card was released on January 9, 2014. Before installing Radeon r9 m290x, you should ensure your operating system is up to date for its function designed for laptops. Its memory capacity is 4GB GDDR5, memory bus 256 bits and has a bandwidth of 153.6 GB/s. It is a 28 Nm DirectX12 graphics card and has a Neptune graphics processor. The transistor count for this graphics card is 2800 million and 1280 shading units. The operating speed for the GPU is 850 MHz but can be increased to 900 MHz. Since it’s used in laptops, it doesn’t have display connectivity, as it is designed to use the output of the host mobile device. It also features a pixel rate of 28.80 GPixels/s.

AMD Radeon R9 295X2 is designed for 4k resolution gaming with unbelievable top-end performance. It offers user-space programs like video games or CAD software and SIP blocks. It has an effecient cooling system that uses a liquid-cooled Asetek system with a separate cooling block to keep the GPU temperatures low. This graphics card also features a GPU memory of 8 GB and a bandwidth of 640 GB/s with transistors of 6200 million. It uses a combination of two Radeon R9 290X GPUs for high performance and has a processor size of 28 nm. In addition, it features 5632 stream processors, a graphics card frequency of 947 MHz, 128 color ROPS, and 352 texture units.

This graphics card is based on the Tahiti graphic processor used by video editors, gamers, and and is built on a processor of 28 nm. It possesses a memory of 3GB and a bandwidth of 384 bits. In addition, it operates at a GPU speed of 874 MHz that can be raised to 980 MHz if required. It was first introduced to the market on March 4, 2014, by AMD with 4313 million transistors and 1792 shading units.

This graphics card is based on the Fiji graphics processor and is built on the 28 nm process. AMD launched this high-end graphics card on July 10, 2015, and it was the second fastest model after the AMD Radeon r9 fury x. It has a bandwidth of 512 GB, and a memory bus of 4096 bits. It also has a high power consumption rate of 275W, therefore a 750W power supply is recommended. The GPU operates at a frequency of 1000 MHz and has a memory of 500 MHz. The fiji chip supports Directx 12 and also integrates a new unified video decoder (UVD).

The AMD Radeon r9 390x is an upgrade of the AMD Radeon r9 390. Most of the features are the same on both cards, and the upgrade amounts to less than a 30% overall improvement. Its storage is 8 GB with a GPU memory speed of 1050 and a pixel rate of 67.2 GPixels/s. It operates as a high-end performance card and was launched on June 18th, 2015.

This graphics card was launched on October 24, 2013 and is based on a Hawaii graphics processor for desktops. The AMD radeon r9 290x is a high-end graphics card that supports DirectX 12, therefore allowing all modern games to run. The GPU operating frequency of the card is 1000 MHz, and it also features 6200 million transistors and 512-bit memory. It has a RAM of 4 GB GDDR5, a memory bandwidth of 320, and a dual-slot card that gets power from a 1×6-pin + 1×8-pin power connector. Also, it features 2816 stream processors with a 1 GHz maximum clock speed.

The AMD Radeon r9 m380 is a mid-range graphics card that was launched on May 5th 2015. It’s a 9th generation card with a GPU memory of 4 GB GDDR5, a memory interface of 128 bits, and supports DirectX 12. It’s designed for laptops with 12 computer units and is built on 28 nm.

The AMD Radeon r9 280x is a Tahiti graphics processor card launched on October 8th, 2013. Its storage capacity is 3 GB GDDR5 and features 2048 shading units and 2048 stream processors. Its GPU operating frequency stands at 850 MHz but can be increased up to 1000 MHz. In addition, it uses the power of 250W, which is controlled by ZeroCore technology to make it energy efficient.

The AMD Radeon r9 380 is an Antigua based graphic processor card on a 28nm process. It features 5000 million transistors and is designed with 2048 shading units, but only 1792 are activated. It uses 32 ROPS, 28 computer units and supports DirectX 12 for modern video games. The GPU of this card is 4 GB GDDR5, has a memory bandwidth of 182.4 GB/s, and a memory interface of 256 bits.

The AMD Radeon r9 m270x has a memory of 4 GB GDDR5 and a bandwidth of 72 GB/s. It has 640 enabled shading units, 2080 transistors and was launched on March 21st, 2014. It operates with DirectX 12 technology and is based on the Saturn graphics processor. The CPU operating frequency works in the range of 900 to 1000 MHz.

The AMD Radeon r9 Nano is the most advanced graphics card for 4K and VR gaming. It has a memory of 4 GB HBM, a bandwidth of up to 512 GB/s, and a memory interface of 4096 bits. It’s based on 28 nm, built on the Fiji graphics processor, and features DirectX 12 technology. The AMD Radeon r9 Nano has 4096 shading units and 8900 million transistors.

The AMD Radeon r9 fury x features a memory of 4 GB HBM with a memory interface of 4096 bits and a bandwidth of 512 GB/s. It’s a high-performance card that supports 4K resolution and supports DirectX 12 technology. It was launched on June 24th, 2015 and is built on the Fiji graphics processor and 28nm process. Furthermore, it has 4096 shading units and has other features like APIs and VSR for quality image display.

As you can see from the list above, there is a large number of AMD Radeon R9 graphics cards to choose from for gamers. Therefore, it can be difficult to choose the right one for your needs. To help you make a decision, please check out our graphics card reviews for a more in-depth look at each card. 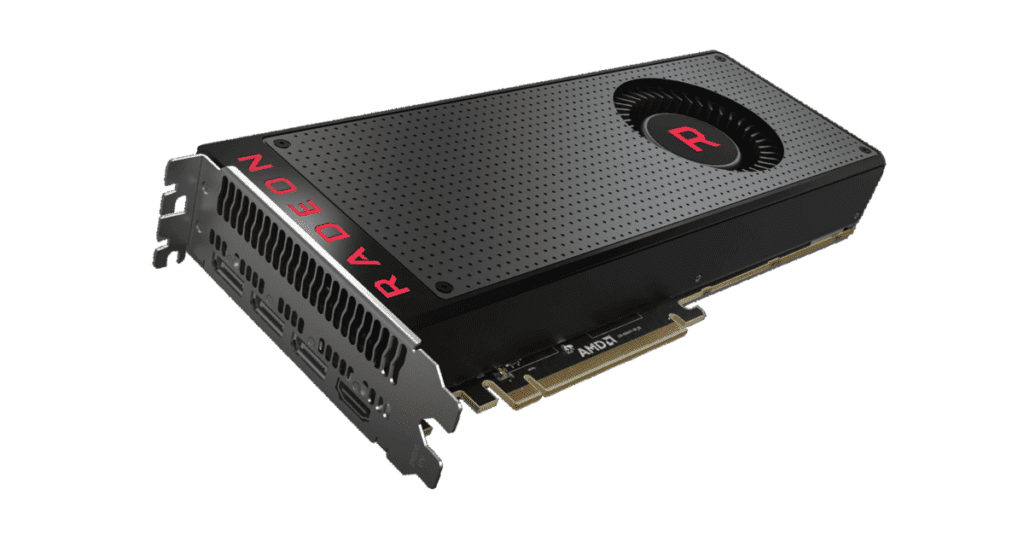 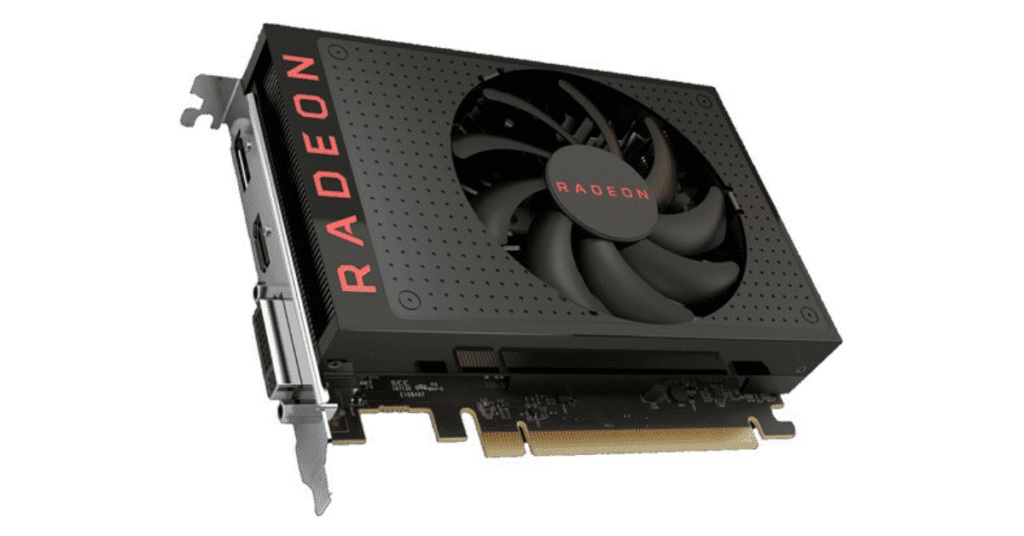 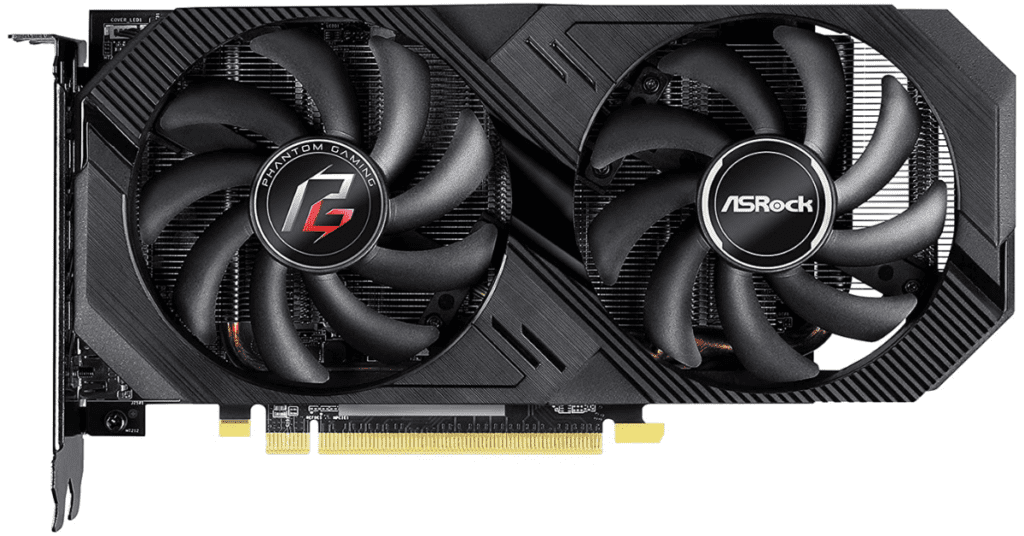